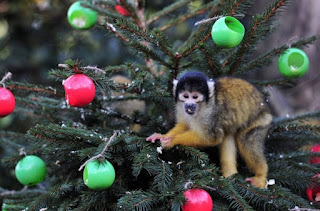 Where: SPRING CREEK GREENWAY
*There are several of these, pay attention to which one!*
Dead End, South End of Glen Loch Road,
Approximate Address is:
23915 Glen Loch Drive
Spring, TX 77380
(You can also Google Water Control & Imprv District on Glen Loch Road)

Bring: $5 for hash cash, shag bag (change of clothes, you'll get dirty), BUG SPRAY, PI repellent (if applicable), sunscreen, $$ for haberdashery: patches $3, socks $10, and a thirst for beer of course.

D’erections:
FROM HOUSTON: Take I-45 North or Hardy Toll Road until it dead-ends into I-45. Take Exit 73, Rayford / Sawdust Road. Take the feeder to the light and turn LEFT onto Sawdust Road. Continue past three lights, then turn LEFT on the fourth light where the Starbucks is, which is still Sawdust Road, it just turns. You will stay on this for several miles until it dead ends. You'll pass Wal-Mart, Sawmill Road, you'll go right, left, yadda yadda, and you go all the way until it dead ends onto Glen Loch Road (you'll see a Timber Lakes Timber Ridge Sign), turn LEFT. Go alllllllll the way to the dead end, and ta-dah!

Sidenote:
FROM THE HARE: Womb’s LAST TRAIL…. of the year! Since I couldn’t get it together for a Halloween trail I am going to try to make it up to y’all with a Nightmare before Xmas trail. Truthishly it’s really because I want an excuse to wear my Jack Skellington PJs in public. Feel free to don your best Jack or Sally attire or whatever random Xmas or Halloween stuff or PJs you feel like wearing (I know you probably won’t…I still love you). Trail will be just under 4 miles and almost all shiggy and runnable trails. There will be one beer check with GOOD craft beer! There will NOT be shot, vodka, or Steel Reserve checks (sorry not sorry). There will be several water crossings but I will do my best to keep them shallow and not drown the pack. Should be dog friendly for experienced hash pups. I am also planning on baking some Jack Skellington cupcakes or cookies for circle.

What’s the worst that could happen? We shall see… 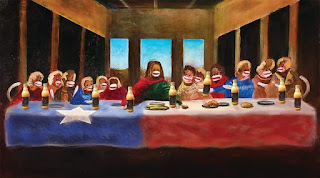 In the beginning, G created the hash on the earth, and there was shiggy, and all were merry. Then, after a few hits from his ocean-waterpipe, G was stoned and pondering his next idea. Then he said,"Let there be an InterHash", and the spirit of G moved upon them, and the InterHash was conceived. And G saw InterHash, and that it was good, and the people of Texas were merry and very gay. Henceforth, Texas InterHash was anally celebrated in the most hole-y ways all over Texas, and shenanigans were had by all. G declared that the first 35 years of InterHash would be considered day one, because he fucking felt like it, and whoa is G.

Then G spoke and said "For next year's InterHash, let it be that of an undefiled kennel, one which has not yet allowed my Spirit to cum inside them." And the GM meeting said "Whoa is G, the hole-y one, blessed be his word.". G saw the GMs, and that they were good. And G divided the kennels into those that had held InterHash and those that had not. And G christened those who had held InterHash before Ancients, and those who had not Virgins and he was happy. And the Ancients and the Virgins were parted: with many Ancients on one side and a sole sacrificial Virgin kennel on the other. And the ancients looked unto the virgin and said, "Not it!" And G made the splitting of the Ancients and the Virgin the second day because he fucking felt like it, and whoa is G.

And Cocktor Spork spoke to his barrel of monkeys and said "For G has spoken, we are the chosen people. We shall go forth and be merry and very gay, and throw a celebration for G that is hole-y." And so Cocktor Spork went forth to search for a basilica that could hold the hole-y, and could provide - nay, supply - all that is needed. Cocktor Spork traveled back to the land of wealth and money in The Woodlands and began planning the reënactment of the Court of Caligula. He searched high, and he searched sober, but nothing could be found. And Cocktor Spork wept, and G saw this and said "Dafaq, dude, get it together."Then G said, "That's about enough of that bullshit, let's call it a day."And G ended that period, and called it day three, because he fucking felt like it, and whoa is G.

And forward went Cocktor Spork, looking for a venue that could hold all who would want to cum, and would not in any way limit our hole-y celebration. It began with two or three properties, and then it became dozens, all of which turned the virgin kennel away. "There are too many of you," said one portly land-owner, "you won't be able to squeeze in." And Cocktor Spork laughed and laughed and said "You'd be surprised the large things we can fit into tight spaces." The landowner was not amused. And so, Cocktor Spork continued looking with the help of his disciples, but their efforts were fruitless. "You want to drink wherever you want, whenever you want? You'll never find a place like that!" said a red-hatted man holding a Coors Light can and the better part of 7 teeth, all to himself,"What does this look like, a Casino?" And Cocktor Spork continued his journey, wandering aimlessly through the tundra of southeast Texas within an hour of The Woodlands. And G looked down and said"Try the fuck harder, this is crap. You know what, screw this day, it's over."And G ended that period, and called it day four, because he fucking felt like it, and whoa is G.

The months passed, the search continued, and the disappointments became many. Site visit after site visit, phone call after phone call, e-mail after e-mail, sexual favor after sexual favor, nothing worked out. No person wanted us. No place could hold us. No jurisdiction could handle us. Then came some solid leads, out of nowhere, like a flash. "Go forth!" said G. The relationships began to foster, and all were merry, and it appeared there would be a venue booked before October. "Yay!" yelled Cocktor Spork, "Fucking finally!" Then, without warning, the new venues disappeared into nowhere, like the great balls of Jerico... or was it Jared Leto, who remembers?... "all opportunity shriveled to naught with a final pinprick into his arm". They stopped returning calls. They kept pushing back visit dates. They stopped responding to e-mails. Things seemed like they were hopeless, and we would have to hold this whole thing at an abandoned grocery store somewhere. And G looked down and said "Okay, look, this is some bullshit. Stop going for perfection, and just find a fucking location." And G ended that period, and called it day five, because he fucking felt like it, and whoa is G.

Months in, while speaking with the Disciples, a location was mentioned that Cocktor Spork had heard of before. "Nay," said Cocktor Spork, "I want somewhere unsoiled! I want somewhere pure and unadulterated!" The conversations continued, and the weeks went on, and like Sodom and Gemora, Cocktor Spork was blessed with one of Southeast Texas' finest angels (and if anyone asks, she is of age). He inspected her bossoms and surveyed her plot and it was good. He saw the lakes that looked like boobs, and they were G-worthy. And G spoke and said "Fucking finally. Now, book this bitch and get your shit going. You are stressing me out, let's do this!" Cocktor Spork replied, "Okay, Let's fucking do this!" And G ended that period, and called it day six, because he fucking felt like it, and whoa is G.

Then Cocktor Spork spoke unto G, or the other way around, and they decided when the seventh day would fall. And it was decided, the Hole-y celebration would be held the third weekend of April, during the April Holiblaze, and shall begin on Friday, April 19th. The celebration would continue onto Saturday, April 20th, because, well, it's the fucking Monkeys, and it's 4/20 weekend. Hello. The seventh day would end on Sunday, April 21st. And G spoke unto the hash and said, "Yes, go unto the InterHash and be merry and very gay April 19th - April 21st." Then G spoke and said, "And it shall be held at Liberty Manor in Dayton, Texas, where thine barrel of monkeys and misfits can be merry in the land of burners and kinksters, and it shall be good." Whoa is G.

Then G spoke unto them and said,"Really people, it's on Sunday, what do you need the whole weekend for? Leave Sunday morning, go and pretend to like you family, then go home and call it a day like a normal person. I think you can handle that."

And all was settled. The venue was booked. The date was selected. Things began happening, and everyone was merry and very gay.
Posted by Cocktor Spork at 5:32 AM No comments: 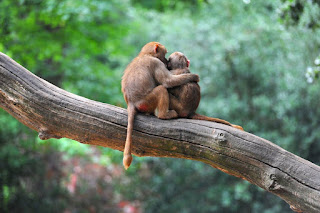 BRASS MONKEY H3 R*N # 230 - Booby Trap's Barfday Trail! When: Saturday, November 17th, at 2:00pm! Where: Target at Westwood Village 32858 FM 2978 Road Magnolia, TX 77354 **Park in small lot on south side of building, across from the Laurelwoode Apartments** Hares: Booby Trap, Ruft Draeft, SpeedBumps, and mystery co-hares Why: Because you like drinking, period.

Bring: $5 for hash cash, shag bag (change of clothes, you'll get dirty), BUG SPRAY, PI repellent (if applicable), sunscreen, $$ for haberdashery: patches $3, socks $10, and a thirst for beer of course.

D’erections:
FROM HOUSTON:
Go north on I-45 or Hardy Toll Road until it dead ends into I-45. Take FM 1488 exit and take cloverleaf to pass over the freeway, heading west. Go for about 6ish miles until you see the Starbucks, then turn left (south) on FM 2978. Go about 1/4 mile, then turn left (east) on Research Forest. Take your 2nd left into the Target parking lot and park in the small lot on the side of the building.

Sidenote:
FROM THE HARES: Those of you who know anything about Booby Trap and Ruft Draeft know that these two should never legally be allowed around vodka together. But you know what, they sure are fun/entertaining/exhausting when it happens, so fuck it, what's the worst that could go wrong? Booby Trap will be in town from Austin to celebrate her barfday Brass Monkey-style, and SpeedBumps and Ruft Draeft will be pulling out all the stops to make sure that this is the super softest (see Letterkenny) birthday party she could ever hope for. Think dick-shaped cakes. Think balloons. Think cupcake decorating station. Think flower boas. Think copious amounts of vodka. Think clothing optional secluded ending spot. You get the picture.

Expect a wet shiggy trail ~4-5ish miles in length with plenty of vodka shot/beer checks along the way. Weather looks nice, but bring a change of clothes for the on-after.

What’s the worst that could happen? We shall see… 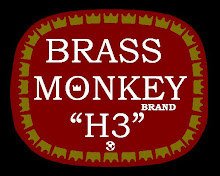 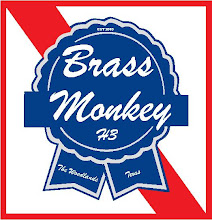